Fact of the week

Liquor stores, one of a few retail categories open under the U.K’s lockdown, saw sales surge almost a third in March-the biggest monthly rise since January 2011.

Sales in U.K food and beverage stores
Increase in value from February to March

Quote of the week

« We are likely to revise downward further based on incoming data, which tells us that most countries are doing worse than we had projected. The real economy is hit hard. »

The impact of the lockdown of the global economy is getting increasingly obvious and putting great pressure on leaders to ease the constraints. The numbers out of the UK were shocking (see the chart of the week).

Most governments have announced measures towards reviving the economy. The EU members also seem to have reached an agreement.

Following the Fed’s two-day policy meeting, Chair Jerome Powell affirmed on June 10 what markets had been anticipating: the central bank has no plans to increase interest rates for a long time, possibly through the end of 2022.

Despite this dovish statement, markets still dropped in the wake of Powell’s comments. the Fed’s newly released economic outlook, which forecasts high unemployment and a significant drop in GDP through the remainder of the year. The IMF Managing Director and Chairwoman Kristalina Georgieva also expressed her concerns (see Quote of the Week).

We are extremely cautious about markets and would not be recommending an aggressive repositioning of portfolios just yet. We expect markets to remain quite volatile for a while.

The state of the Word economy is dire and there is still a remarkably high level of uncertainty regrading the impact that relaxing the lockdown will have on the Covid-19 pandemic’s trajectory.

Another concern is the potential impact of escalation of the many disputes currently fought between the US and China.

There is nevertheless some comforting news. New Zealand appears to have beaten the virus and progress is being made in the search for a cure but it’s still much too early to be overly optimistic.

Chark of the week

Back to the early noughties 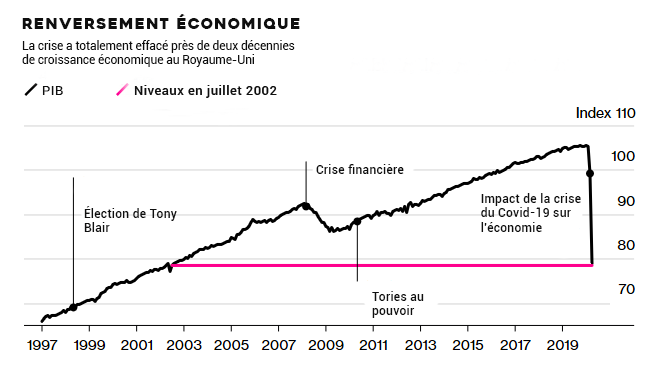 Any cookies that may not be particularly necessary for the website to function and is used specifically to collect user personal data via analytics, ads, other embedded contents are termed as non-necessary cookies. It is mandatory to procure user consent prior to running these cookies on your website.

one of our Approved IFAs will call you